MY HERO OF THE PAST

I move the curtain and watch the snowflakes fall slowly one after the other. The shadow of the fire from the fireplace can be seen on the glass of the window. I sit on the sofa, surrounded by albums, old photos, sent and unsent letters.

You may not have heard of this song, but it marked an important part of my life. Life with the one whose letters I read now, which I never sent, which I never read …

then the lips remain silent. “

I think that only these verses can evoke memories and emotions in me and only they can squeeze all the tears out of my soul. Do you know why? They remind me of him…

As I sang them, a photo of our last dinner came out of the album. That night we celebrated his thirtieth birthday. In the picture, I am in a red dress, eyes narrowed, visibly unhappy. But I tried to smile at him anyway. And then I knew I didn’t love him, and then I could see that he didn’t love me. It was all a habit, a steady rhythm of life that we only knew how to hear.

He, my hero, first love, professor of my soul, guide of every journey, my future husband. And I, his only long relationship, his hand that leads him through the world, the disciple of his feelings,

Who would have thought that we would stop being together? And it just seemed like we were for life.

It didn’t matter how we felt, and do you know why? We thought, it will pass … Habits never pass, they are the result of not investing in love. Constantly practicing the same things leads to the fact that you no longer know whether it is an emotion called love or an emotion called “the years go by, we have to have a wedding”. He is already older and I become his as soon as I get my degree. Even though I don’t love him, even though love has faded. The years go by, that matters.

When it all stops, you feel relieved. You know that you are no longer on the wrong path and that you are not lying yourself. However, it is a difficult feeling when you know that these “habits” are no more. And you had no idea that the hug from the night before would be the last you get from him. Not even a brutal betrayal, not even a million lies he told. Not even the “I swear” he repeated. Nothing hurts like the feeling that this is the last time.

When they asked me if I would be with him again, I said I wouldn’t. And really, I would agree to be his only if he was the one he was at the beginning of our relationship. One who loved sincerely and purely, like a child. The one with whom I drove through the city for hours and dreamed of our life. I would agree if he put a rose on my seat and my favourite chocolate again so that when I open the door it would be the first thing I would see. I would agree that he was still the one who would stay in bed all day and watch a couple of seasons of our favourite series with me while it rained outside. I would agree if we had to go back to the period when we collected money for coffee, breakfast, dinner … When we were children.

But I would never agree to love him again as an adult. That man is not what I thought he would be and I loved him only for what he once was.

I take a photo and throw it in the fireplace. What the hell am I going back to with memories ?! It was, it passed … At least I hugged him tightly in the end as if I was in the depths of my soul and I sensed that this was the last time. And I didn’t know. I thought they would stop me when I left.

Yet in the end, neither I turned to him, and he didn´t turn to me. It was our last meeting.

Our last hug that meant – goodbye. 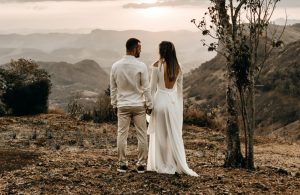 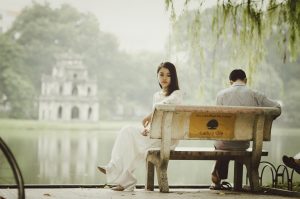 I MISS YOU MY LOVE 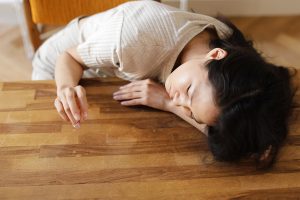 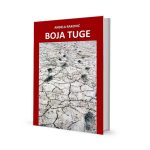 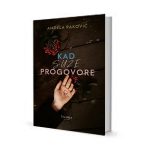 IF TEARS COULD SPEAK 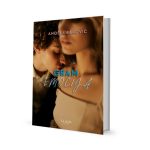 BORN UNDER THE SAME SKY